Reborn: Despondency, Kid Cudi, and the Words That Compensate for Hopelessness 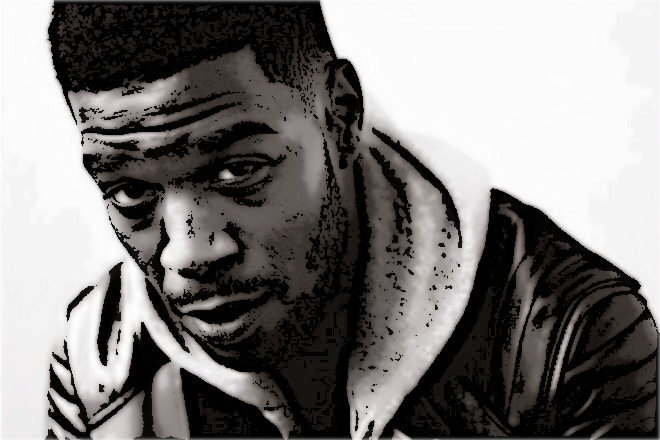 I’m so — i’m so reborn from Cudi’s words

Elation visits, every so often, reminding me of a time when skies were blue and didn’t appear to work a double shift every day. I stand on one side of the overpass, looking to the other side of what could be — joy. The crevice, narrow, yet mentally there’s an enlarged feat to challenge my faith.

My engrossed thought pattern doesn’t keep still at bay. Instead, it rises to the summits — heights that I can’t fathom to reach — heights averted from thought and rarely, at all, have much to do with circumstance. During these times, music is a vital piece to my sanity, optimism and liberation. It is through music that my spirit rejuvenates — finding reasons to keep going toward presumed closed doors.

Kid Cudi’s words are a part of my survival kit. I find it common for others to feel the same. I do find it prevalent for verses from artists to be more useful, at times, than the verses that a preacher preaches about. That’s not to discredit any church or any religion, but Cole said it best in “Want You To Fly: “sometimes I think that these verses can help a person way more the ones they readin’ in churches on days of worship… “cause modern times be flooded with dollar signs and social media stuntin’.”

In a 2009 DJBooth interview, Cudi had this to say:

“I want people to just look at me as that big brother or little brother in their family, that just is tryin’ to become a man and figurin’ things out in life, when things get fuzzy things happen and things get the most confusing. I want my fans and critics to look at me as their little or big brother and that’s all, man. And to understand me, and embrace the fact that I know I’m not perfect, and I’m puttin’ it out there in my music so other people can learn from it and learn from ignorance, too.”

Cudi accepts that he is the voice for many, a voice of reason and concern. Hearing Cudi’s Man on The Moon: The End of Day album became the first time I heard an artists speak so candidly about mental health issues; it resonated, deeply in high school. In the midst of inadequate times, he led the way, in order for my vulnerability to be merged into who I am as a person.

The discovery of vulnerability, realization of my mental health issues and understanding who I was as a person was a decade ago. His music led me to therapy in 2010 and although my therapist wasn’t the right fit, the vulnerable aspect delivered on multiple cylinders of liberation. Eight years later, I am now in the process of going back to counseling, by the end of June. While Cudi’s music is medicine, I am encouraged to go steps further and seek proper help and break down more internal warfare.

A$AP Rocky recruited Kid Cudi for the remix of “A$AP Forever,” which also features T.I. I pre-judged the song before I even pressed play. I listened to the original and couldn’t figure out where Cudi would hone his craft on the album edition cut. My thoughts on this modified after listening to his words, cadence, and prowess arc to harmonize. Back to his selection of words: he vocalized his acceptance for helping others through his gift. It’s back to the realization that he had nearly a decade ago — he can help others.

“Learned the codes, serve up the magic for all of those, kids that ain’t have someone on their own. Hang on the words, you each have your song. Grab on and hold on, won’t steer you wrong. Sing along, sing along, hmm.”

He’s yet to steer me wrong, and with proclamation leading his latest efforts on KIDS SEE GHOSTS, I don’t predict my exit from his apparatus. The first half of KIDS SEE GHOSTS, the collaborative effort of Cudi and Kanye West, varied from the second half. Both halves led by beautiful production, purposeful lyrics, and a more focused Kanye, the second half is my survival kit. From track five (“Reborn”) to the final track of “Cudi Montage” (if you haven’t yet, make sure your track-list on your chosen streaming service is up to date), the medicine resides. Cudi and Kanye bring faith to the eardrum, momentum to the slowed up heartbeats, and fortitude to the despondent listener. Resurgence, reborn, and reignited for the soul.

“I’ve been gone for so long. Ain’t nobody, you can’t hear a word. Preach in the night, lookin’ out nowhere. Where’s home on this hidden earth? Pain in my eyes, in the time I find, I’m stronger than I ever was.” — Kid Cudi “Cudi Montage”

I believe we are in the infant stages of what Kid Cudi has in store for his listeners. Cudi’s montage will continue as he exudes emotions that resonate with many. The man on the moon’s voyage takes a group of people into spaces they don’t believe are possible. I may feel despondent, but at least there’s music to get me through this time. Soon enough, tranquility’s replacement of turmoil will surface. Until then, belief in the unknown takes the place of anxiety ridden days that defeat a productive way of living. Cudi has been hammered down before. In 2016, he checked himself into rehab for depression and suicidal urges. Two years later, he voices his liberation on escaping painful conditions that conditioned his mind to not believe he’d make it through.

By doing so, this allows him to emerge, wholly as the leader he already is. Because, he is a leader, and there were kids (now adults) who hang onto his words when thoughts of hanging themselves occur. This week, I leave behind two holes in my bedroom wall, bruised knuckles, anger, pain, and the thoughts that overpowered me. As Cudi states on “Reborn”: “I’m so-I’m so reborn, I’m moving forward.”