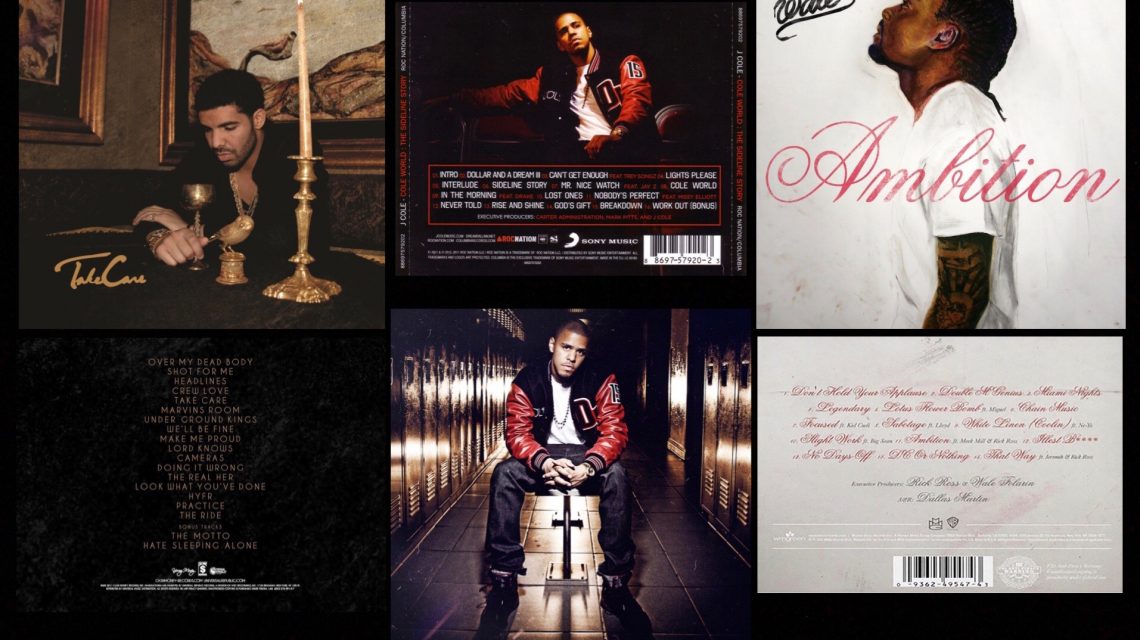 Drake, Wale, J. Cole, and myself

Leaves hit the ground along with my self-esteem. I spent all summer stacking up a collection of Nike and Jordan shoes, stacking up deck— procrastination ringing my door bell. Depreciation of materialistic items sat in my closet, collecting dust. I allowed four months to pass and had no intentions of registering for college courses. Life itself didn’t register. But still, I stood still in line at the community college and swallowed all of my anxiety. Stillness vacated and uncertainty punched me in the abdomen and my anxiety swept me off of my feet. Hundreds of teenagers swarmed the area and surviving didn’t feel possible. My airway, now cut off and my palms are sweaty. I left the building and called my Grandmother to pick me up. An advocate of education and seeing my potential success, I could not fathom the thought of letting her know that college was no longer my route. Intuition and God shadowed me through decisions I didn’t feel comfortable making. At 19 years-old I would learn to handle life after high school and how to tackle multiple occurrences at once.

J. Cole’s evolutions has been one for the ages—each body of work just as important as the one before and after. The time had come, Cole’s debut album finally arrived and so did my dad. I never know how much a situation traumatized me until I go back and contemplate. He looked like me, he acted like me, and he kept faith like me, but didn’t hold true to words like me. Words mean everything to me. The fluctuation of my complex personality reached somewhat of an end. I now realized more about myself by learning a little about him. Recovery from such a finding is never easy, in fact, breathing feels as if I just ran a marathon at the moment.

September 20, 2011, forever engraved in my memory. Yes, Cole’s album did leak one week before arrival but there’s no guilt trip because I pre-ordered the shit on iTunes. “God’s Gift” transitioned right into “Breakdown.” The knock in Cole’s production on God’s Gift synchronized with my emotions. I felt frustration mixed in through the pain of the guitar instruments in the song.

Cause as I left em’ I reflected on my younger daysWhen it was just me and my brother and my mother playedFather, cause no other man botheredNot even my biological, it never seemed logicalBut I accepted it cause I ain’t know no better

I couldn’t help but breakdown as my father and I attempted to make up for old times. I can’t get that time back, damn.

November felt like my coming out party. I wanted the world to know that I’m here, I’m ambitious and I came to do something amazing—even if I had no idea what that would be—I started somewhere, at least. Being from the DMV area, I championed Wale and followed his career since roughly 2005-06 when he infused his music with Go-Go. He didn’t give up, even when he could have. Good spirits attracted me to his music.

I was pacing myself, hope you as patient as me

Patience? I had zero patience then and I’m still working on it now, but, hearing Wale say those words on “Hold Your Applause,” the opening track of Wale’s Ambition album, it showed me that anything worth having takes time. Released two years prior was Wale’s debut album, Attention Deficit. The album’s opening numbers came in at a little over 28k units. Now, backed by MMG (Warner Bros) instead of Interscope, he sold over 164k in the opening week. That’s a significant change in numbers.

I couldn’t tell you where I was going at the time, but I knew it would be somewhere. I begin learning more about discipline and work ethic. I put forth an effort to embody the word ambition. No idea, but I possessed all the ideas; birthing my potential.

Yet, despite my goal to stay busy and earn as much money as possible, I couldn’t shake the sadness felt within.

Throughout high school, I played sports and rediscovered my passion for writing. I got away from that for roughly a year and landed right back during October of 2011. I remember telling my best friend at the time about new Drake tracks that are appearing online and suddenly felt galvanized to write again.

The Take Care EP featured one of my favorite tracks from Drake’s discography. It’s classic underwater-tone production from Noah “40” Shebib that matched Drake’s somber tone on “Club Paradise.” Those two together were and still are perfect. I connected emotions on paper that I failed to do without that track. I see it happen quite often. Two of my favorite music writers, Yoh and John Noire—two minds are better than one—The Weeknd’s input on Take Care became the necessary piece to finish Drake’s story. I played with words as I played Drake’s phenomenal body of work.

I can still remember the poem (eventually taken off) at the end of “Headlines.”

I penned over 100 poems during that span of Oct-Nov. I attended multiple poetry nights and never felt more connected to diction than that moment.

The transition of “Marvin’s Room” into Kendrick’s interlude of “Buried Alive” launched me into a sadness that I don’t think I’ll ever feel again. Boy, did Kendrick show his ass on that interlude or what?

What a season. Music guided me through an unknown path. Whether it was the decision to move out of my step father’s house or not attend school, Drake solidified himself, Wale showed us he could deliver an exceptional body of work upon signing another record deal, and J. Cole tipped the scale with his evolution as he continued growth.

As for me, I was tying it together. It became my ambition to follow through with writing, a gift from God and a way to cope with life’s mishaps.